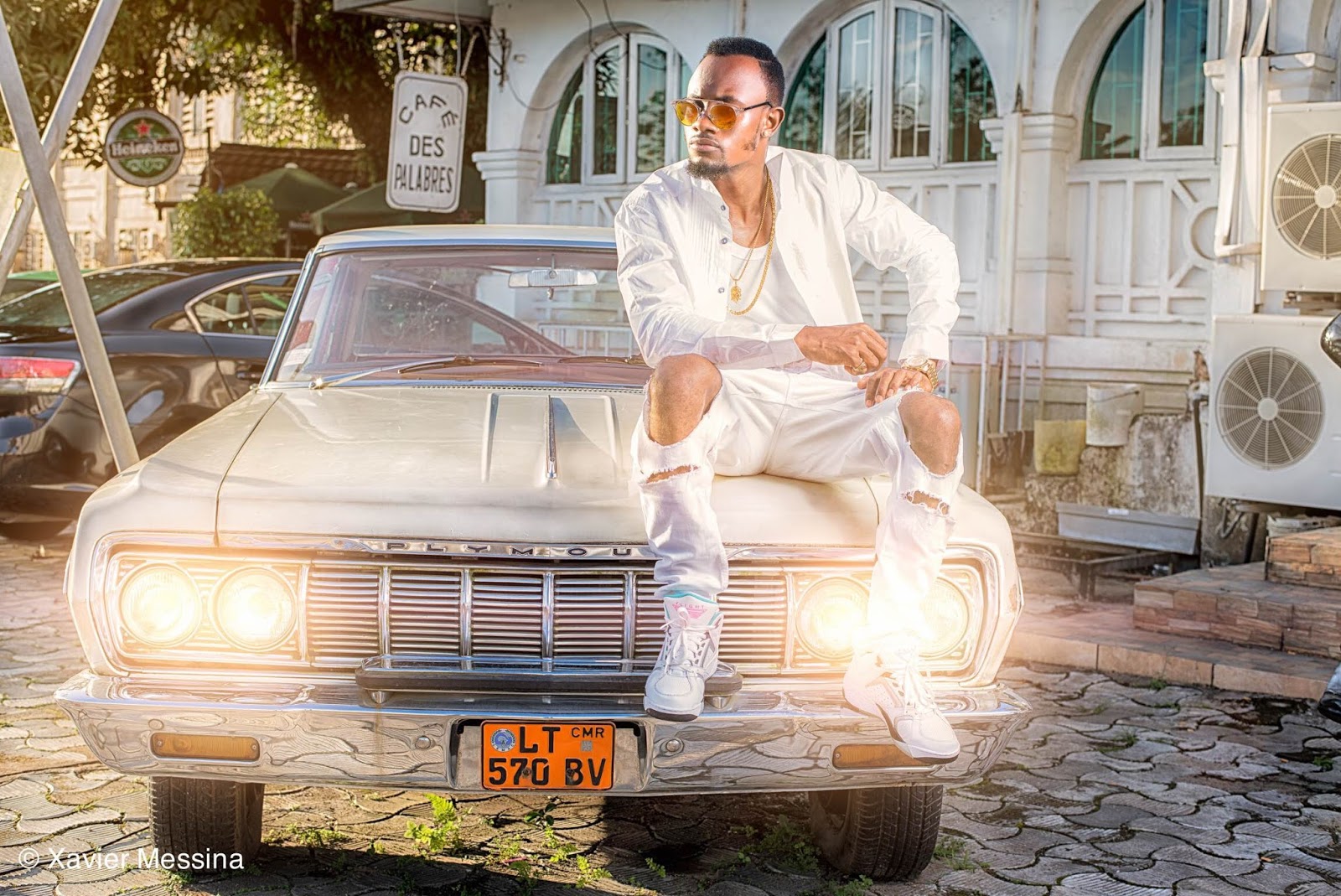 O2udor (Otudor Ene Edet O.), is the son of Iquo Ene Edet O. a single Mum, who was raised with the help of his grandfather, Mr Otudor E. E. Otudor, after his Dad had passed away when he was about 2 years old.

O2udor is a fighter because that is exactly how he was raised to be. He always does his best to survive, no matter the situation he finds himself in.

He is educated to some extent, at least he obtained his BSc in Chemistry from the University of Buea, Cameroon.

He is a fun-lover and enjoys putting smiles on people’s faces, especially among young struggling kids who face situations similar to what he had faced in his own childhood growing up in one of the less privileged neighborhoods in the NW region of Cameroon (adjacent to Che – Bamenda).

As he exclaims, he is ‘a Christian and my faith and trust are in GOD alone, only he is King! KB had the following interesting chat with O2udor.

KB: Why did you choose music after a degree in Chemistry?

Firstly I’d like to point to the fact that despite my unconditional love for music, I haven’t chosen music over my studies. I plan to enroll in school for my Masters program come February in an Institute that I’ll be comfortable to announce only when everything is certain.

I only went back to music after my degree because music happens to be what makes me feel alive. Yet it constantly conflicted my studies back in school days and honestly it wasn’t until a few months ago that I started considering a future as an artiste and putting in work to realize this dream.

KB – What inspired the song Okada?

The song Okada was inspired by the desire that I’ve always had within me to do something that will attract the attention of the general population of my Community. It all came to me one day back in 2014 when I got stuck in traffic and I was very much in a haste to handle an emergency. I had to alight from the taxi I was in, so as to hire the services of a motorbike rider that could get me through the traffic.

It was when this particular motorcyclist quickly made his way through the traffic and got me to my destination on time that I realized motorbikes were indeed doing an amazing job that most people take for granted.

I said to myself that I will be their voice some day. A few weeks later I found myself in the studio listening to a great beat produced by DJ Airraz. little did I know that it will one day be the beat of the song Okada.

KB – You are half Nigerian and half Cameroonian. So what do you think the Cameroonian Entertainment industry needs to do to be as big as Nigeria?

In my opinion the lack of unity and the little love that most youth express with regard to the music industry in Cameroon goes a long way to ruin everything.

The same goes for the artistes. In our industry today, most artistes want to do it all by themselves, unlike the neighboring Nigerian artistes who continuously work together and keep doing bigger things every now and then.

In Cameroon’s music industry today every artiste is a king or queen, and they forget the old saying “United we stand and divided we fall”. Therefore I believe if both the fans and the artistes themselves are united and supportive of each other, the industry will eventually grow big.

KB – As someone who likes to talk a lot, have you ever considered a career as a radio host?

Yeah, I agree with the fact that I’m indeed someone who likes to talk a lot, especially because I exceptionally hate carrying stuff in my mind when it could be aired out. And honestly, I’ve never pictured such a career, not even for a second. I don’t want to say never but at this point in time I don’t regard it as an option.

KB – As an African man, what do you think about women who smoke?

It’s no news that smoking greatly destroys our health but unfortunately most of us still fall prey and consistently damage our system. I don’t find women who smoke as attractive, to me they’re excited and mostly smoke not because they love smoking but because they wish to portray an image before those watching them (an image which youth today consider as cool). Or sometimes it’s because of pressure from their peers. I don’t smoke as a habit (even though I’ve played with cigarettes and cigars in the past) so in conclusion I don’t think of a woman that smokes as neat and serious.

KB- Are you more Cameroonian than Nigerian or vice versa?

I’m clearly more Cameroonian, I spent roughly a year and 7 months in Nigeria as a kid growing up and the memory has practically faded. I’ve spent most of my life on this Cameroonian soil, running on these streets back and forth, my education, my hustling, my ideas, my friends, my music, almost everything about me rotates around Cameroon and most importantly I represent Cameroon #237 all day and everyday.

KB – We heard from a reliable source that you dated a certain Miss Central Africa. What separated you two?

Wow, you really did your home work on me, didn’t you? Yeah, it’s true, I dated a certain Miss Central Africa some years back but out of respect for her personality, what we had & the fact that she’s got a whole different life and path of her own now, I won’t mention her name.

Many reasons contributed to our separation ranging from small issues like the everyday quarrels and arguments that most couples have to very emotionally disappointing issues.

But the major reason why we separated was the fact that we were of the same age group and as it is, women normally grow up faster than men, at some point she wanted to know what was next, like am I really the guy she was going to settle down with, where will we be in some years to come, and truly at the time it didn’t really look promising as we had both just graduated from university, hence the separation.

The separation was on really cool terms and though hearts were broken, it’s in the past and we’re both happy now. Most importantly, I have still got a lot of respect for that lady.

KB – Where do you see yourself in 5 years?

In five years, I’m sure to have finished my masters program and by the grace of GOD I should be a metallurgist & a quality control engineer or at least one of the above-mentioned.

Also, owing to my love for music I’m looking forward to having built a recognized brand and have millions of people listening, watching and enjoying my products as far as music and showbiz is concerned. Mind you, I’m hoping to achieve all these things by the Grace of GOD Almighty in whom I put my trust!

KB – What are your weaknesses?

Well I have very few weaknesses, the main one relating to my family. I can do anything to put a smile on the faces of the members of my family, so much so that I can easily be taken advantage of by members of that same family.

I have a weakness for beautiful and attractive women but GOD knows I try so hard and pray hard to always be that faithful guy who can stay glued to one very special woman.